For the sake of other inexperienced members, I will share these thoughts from my attempt (some with a “duh” dope slap to the forehead). I will not share my own feeble results.

I have done a full moon rising (“harvest moon”) before, so I wanted to try the eclipse.

1) It went well to use live view to fine tune the focus when the moon was still full. But it did not work at all during the eclipse when the correct shutter speed was “open for 2 seconds”. The live view is just black (duh).

2) The difference in good exposure between the lighted moon and the dark moon was 14 stops (!). Full moon: 1/500, f5.6, ISO200 ; dark moon: 2 secs, f5.6, ISO3200. So my attempts to capture a partial eclipse with half dark/ half bright at the same time were doomed to failure. Even with an HDR trick, exposure for the dark half would just be blown out by the light side (unless the light side is almost gone).

3) If you are camped out on a fall night waiting and watching, dew will form unseen on the lens (duh). Next time I would keep a cloth over the lens except when actually shooting.

4) There is something intrinsically difficult (if not impossible) to do a good job with standard photo equipment. I think you need a lens that “gathers a lot of light” (i.e. telescope) say 2000 mm. My zoom telephoto is puny by comparison, even with a 2x extension. And I felt I was forced into high ISO by not wanting a very long “bulb” exposure. I read that the moon is moving (duh) and particularly when you zoom in close, even something like 10 seconds will show an elongated moon.

5) I chuckled at one news report about how smart-phone photographers discovered the limitations of their equipment, but one reported success was to use a big star gazing telescope and put the little camera from the phone right up to the eyepiece. I might try that next time, IF I had a big telescope (duh).

6) Finally one more smile for you. I saw the image below used by a news report about what a great event it was, etc. etc. But the image is a picture of a black camera on a black night with the eclipsed moon showing as if live view. I think it was created in photoshop (although the display might be a prior exposure, but it still seem misleading). see below. 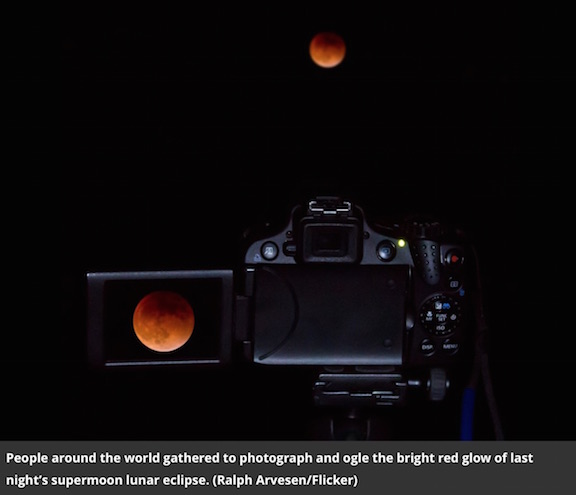 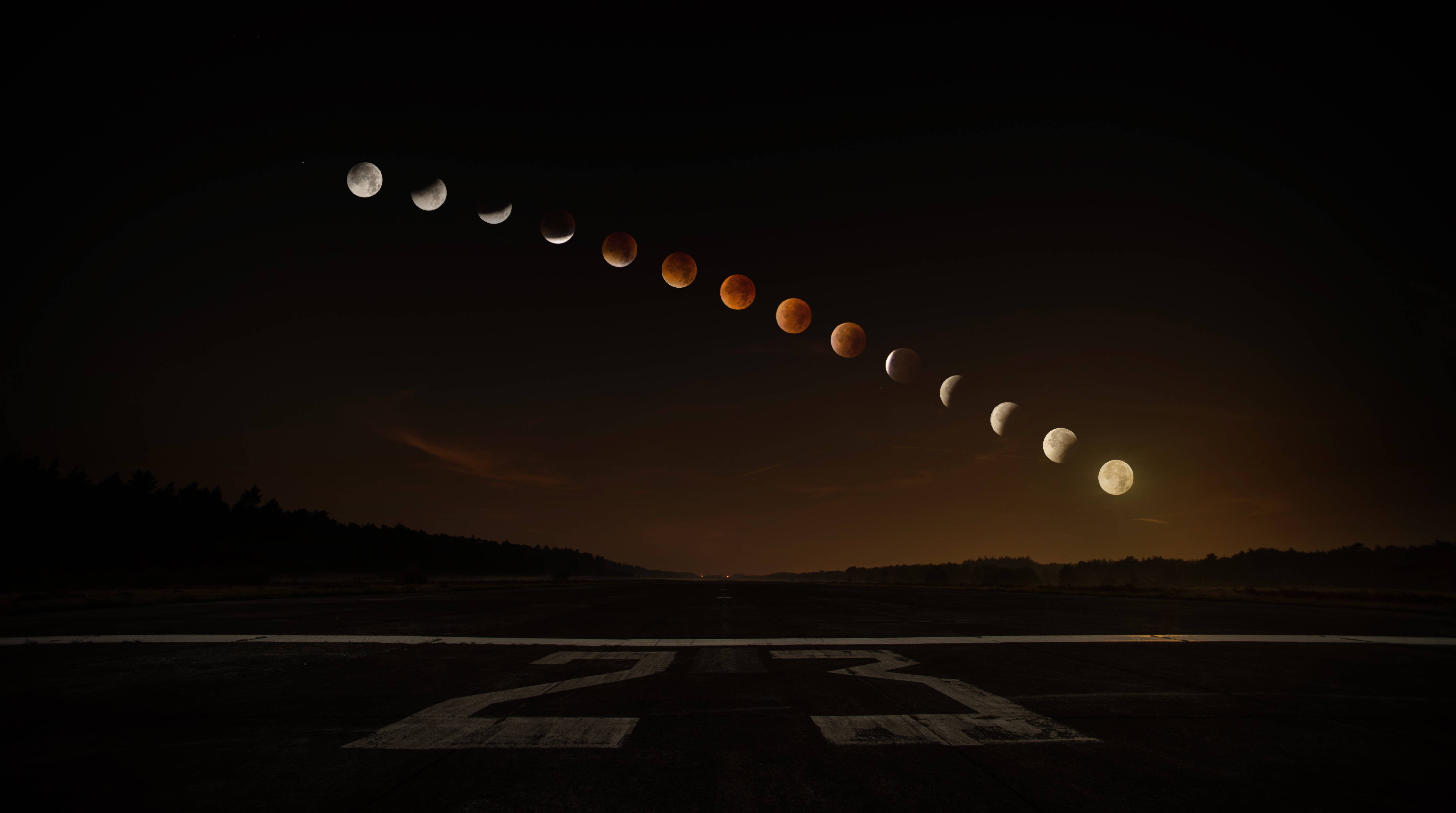 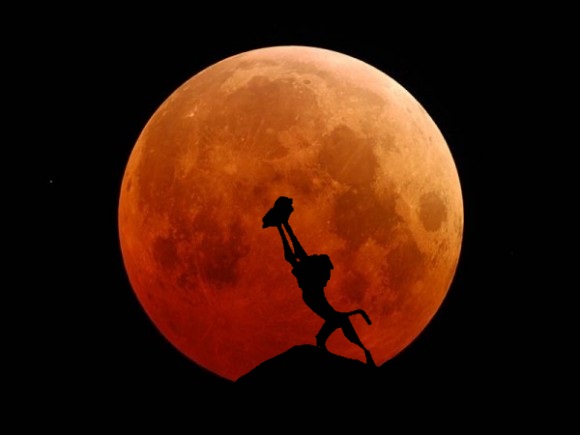 Super and Blood Moon 2015 – Timelapse from Jake on Vimeo. 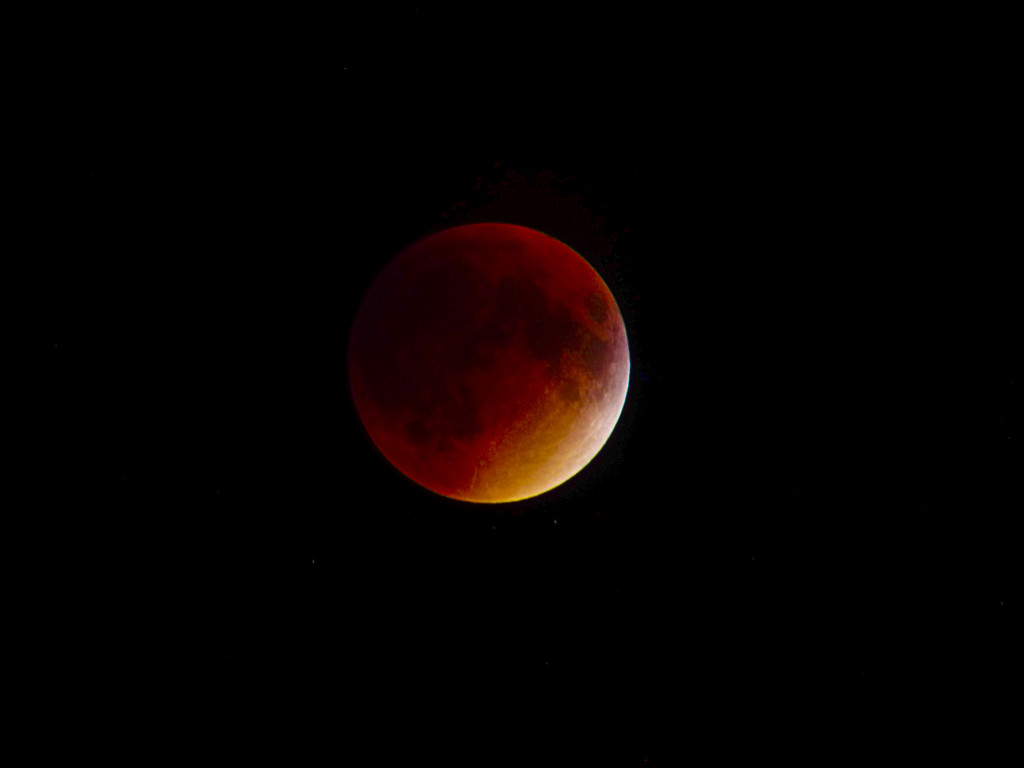